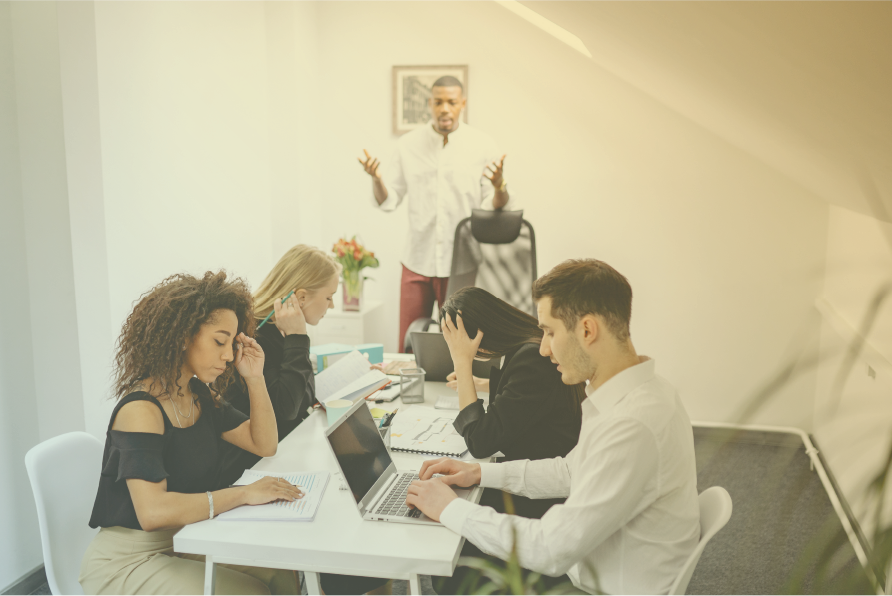 Bad Bosses, We’ve All Had One… Or Two

Most everyone has a story to share about an experience with a bad boss. The leaders who leave us feeling drained at the end of a workday or are the catalyst of our anxiety going up a notch leading into the work week.

According to Barbara Kellerman’s research at Harvard University, the key commonality between all problematic leaders is that they induce stress in others, particularly those they lead. 75% of Americans say their “boss is the most stressful part of their workday”, according to a study done by the American Psychological Association.

So, what makes a bad boss? Here are a few key elements…

As you read this list, did one (or more) stick out to you and remind you of a past or present experience with a boss? There’s likely a bit of pain or upset underneath the memory and understandably so. The Cost of Bad Leadership

An experience with a bad boss can have harmful effects on an employee’s mental and physical health.

According to some studies done on the American workplace, people with toxic bosses are more susceptible to chronic stress, depression, and anxiety, all of which increase the risk of a lowered immune system, colds, strokes, and even heart attacks. In fact, a study done by Inc. found that employees with poor relationships with their boss are 30% more likely to suffer from coronary heart disease.

Research has also shown that the experience of having a bad boss can be akin to post-traumatic stress disorder and may take up to 22 months to recover physically and emotionally from a toxic boss.

There’s also the retention issue. A study done by Gallup found that one in two employees have left a job explicitly “to get away from their manager at some point in their career.” 65% of employees would even take a new boss over a pay raise, according to a study done by Inc.

The stress induced by a bad boss has a cost to the employee and to the business as a whole. A Tale of Two Leaders: A Box Too Big

When I started at an entrepreneurial L&D software company, the goals were clear: sell as much as you can, build out our sales process, hire junior salespeople (once $ threshold was hit), become VP of Sales, and keep building out our team as success grows. They even mentioned the potential to become CEO one day. This was the dream!

My leader at the time was good at making decisions for the business but had no appetite for sales or understanding what L&D needed. This was a fine arrangement because we had the support of the founder and me for sales. He gave me full autonomy for the first time in my life… and it was hard… at first!

I had little support and was left on my own to figure s$#% out. The founder was busy making sales of his own and had little time to coach me. I struggled for about 3-4 months. I remember reaching a point where I told my wife, “I don’t know if I’m cut out for this… I can’t figure it out.” She told me that whenever I get stuck in a new job, the levy eventually breaks and I hit my stride. "Stick it out, you got this!"

As per usual, she was right. I started putting the pieces together and things really took off! I was getting so much satisfaction out of figuring things out with my customers that the $$$ became an afterthought. I got so much satisfaction out of understanding what my customers were hoping to accomplish and working with them to create new, innovative solutions to their problems. I was never more successful in my career, landing large logo after large logo!

Then things changed. The owner of the business decided that he wanted to sell and focus on other endeavors and sold the business.

The new owner didn't have a strong understanding of the L&D Tech industry, but I was optimistic. Now we had investment and a board of directors to support us. I remember thinking, “Now is the time! Now we can really grow and put our plan in action!" Unfortunately, this was not the case. 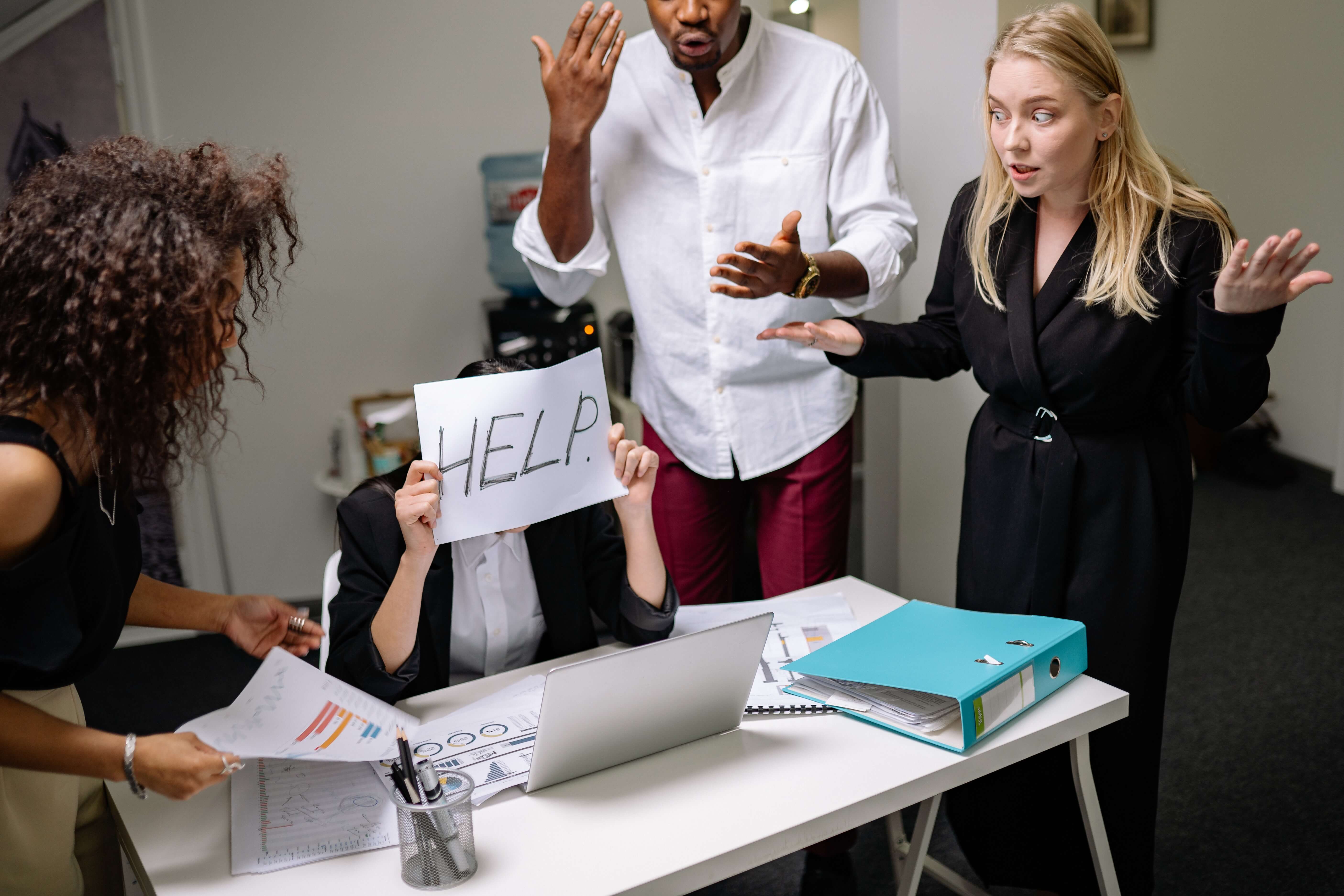 A Tale of Two Leaders: A Box Too Small

In our first meeting with my new CEO, I shared my excitement to move things to the next level. Immediately I got a hard no. He was more interested in hiring additional salespeople and a VP of Sales with more experience than investing in me. I was devastated.

I'm a passionate person whose will to perform is driven by conviction. In that moment, I deflated. My cheeks went flush and my blood started to boil. Fortunately, I was able to maintain composure. Later, I thought to myself, "It's okay. You love what you do. Just keep doing that and everything will be okay."

During the few months before we hired more salespeople, my CEO and I had a daily hour-plus meeting about my pipeline. Autonomy was out the window.

I was managing over 100 opportunities, handling more than 100 activities per day, and often had meetings from 8p-10p to keep global business flowing. I hunkered down, put in extra time to stay on top of things, and did the work.

Every evening I would run a report that I’d have to manually manipulate in excel to have an accurate update. This included detailed notes about the client's situation, what’s happening on both our sides, and the next steps. In the daily pipeline conversations, I would report my notes to the CEO and it would go in one ear and out the other. The man wouldn’t listen! We’d constantly go back to discuss things we already discussed. There was no coaching, just reporting that fell on deaf ears. He would say things like, “I know you’re doing a lot but… do more.”

Understandably, he was under a lot of pressure from our board, but his requests and decisions rarely made any sense to me. We had the biggest deals, the biggest companies, all wanting to buy our solution. These things take time, people do not make these decisions in a single phone call.

The thing that really drove me mad was that customers were giving us an expected timeline to move forward on (which is often weeks to months out), yet every day I’d hear, “Why aren’t things moving forward on x deal? I know we can get them to sign quicker. We need to do more to close deals faster.” It was more about making the numbers as fast as possible than supporting the clients.

When we brought on new salespeople, the only thing that changed was having others share the burden and talk during these daily pipeline meetings. Ideas were shared among the team that I openly disagreed with, but my input was ignored and things eventually flopped… se la vi.

After 6 months of this, I was exhausted! I’d feel incredible highs on customer calls and extreme lows when I wasn’t talking to customers. This one-sided empathy is why I eventually left.

Lack of empathy and autonomy can destroy psychological safety and lead to retention issues.

I walked away from more money than I had ever made in my life, by a lot. I even closed a six-figure deal on the day I gave notice. I refused to withstand the unnecessary pressure any longer. I left my dream job because of bad leadership. 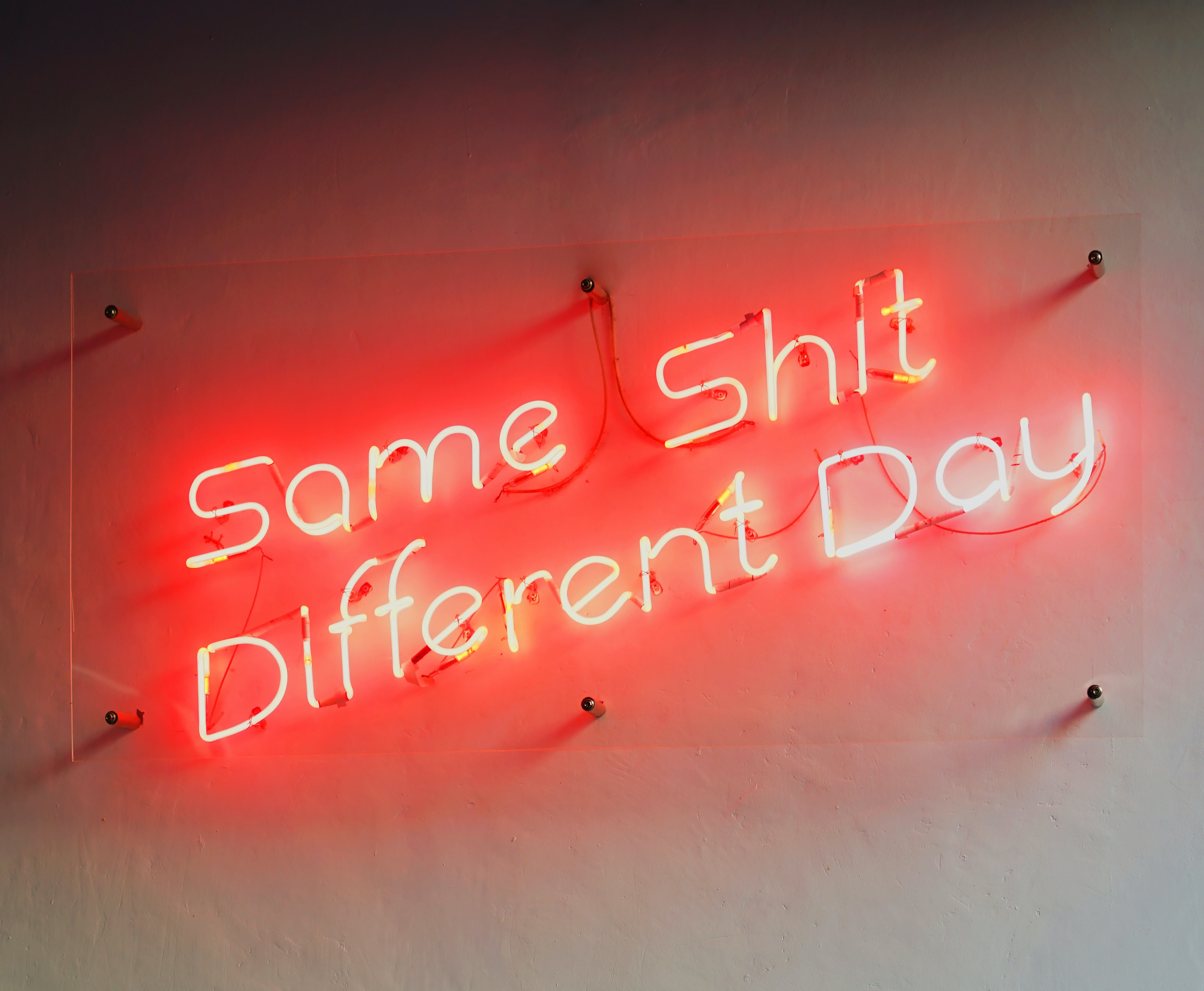 Why Do We Stay & When Do We Leave Bad Bosses?

My first boss gave me too much autonomy with not enough clarity, aka too big of a box. Fortunately, I was able to rise to the challenge despite the lack of coaching and support.

My second CEO wasn’t a bad guy, he just created an environment that lacked psychological safety due to his lack of empathy and autonomy. This is what led me to my breaking point after 6 months of exhaustion and stress.

In general, people are also more likely to stay in toxic work situations when they are engaging in work that is meaningful to them, regardless of how bad the leadership is.

I stayed because it was my dream job. I left because I was emotionally exhausted. Others stay with bad bosses because it’s the devil that they know or it’s risky to quit without another opportunity lined up. We stick it out, suck it up, and grind our way through it… until we hit a breaking point.

It is imperative that companies nurture the human part of business, the EQ of leadership, over results. When we focus on the humans in the organization the results will come.

I believe that if I was still with this company, it would be worth at least 3X from when I left it. I needed a leader who understood me, who trusted me, who would give me the autonomy I needed to get things done and feel satisfied when I accomplished my goals.

We all need leaders who CARE.

What Is Autonomy In The Workplace?

The outbreak of COVID-19 has exposed the fragility of many organizational structures.