The Power Of Having A Growth Mindset

You are not there.

You are not there…yet.

Just one word can make an immense and powerful difference to the sentence above. Similarly, it can make a profound difference in how you perceive the world.

Your mindset is everything.

That's why it's the first construct in our six-step process to accelerated behavior change.

We start each of our programs encouraging participants to put on their growth mindset for learning.

It is vastly more difficult for people to change if they do not think they can change in the first place.

In late 2007 after decades of research, Carol Dweck, a Stanford professor, coined the term growth mindset in her debut book Mindset: The New Psychology of Success.

Her definition still rings true today: “People who have a growth mindset believe that their abilities can be developed.”

Dr. Dweck also isolated the opposite of a growth mindset, aptly named the fixed mindset, in which people believe their abilities are fixed.

This dichotomy can frame almost any facet of our lives from learning a new sport to cooking, to scoring higher on exams, to fighting depression. Your mindset is that powerful.

So how can we harness the power of growth mindset?

Let us start by opening up the brain.

Neuroplasticity, also known as the brain's ability to change its neural connections and structures, is still revealing its secrets to researchers.

What we do know is that the brain has an almost inconceivable ability to alter its structure and adapt to and from experiences.

For example, those who lose their eyesight eventually gain stronger hearing.

Thanks to recent technology we can now see how this takes place! The area of the brain that once focused on eyesight slowly recedes as the areas of the brain that assist with hearing grow into the space that is not being used as frequently.

In a less drastic example, the more I study everyone’s favorite subject math, the stronger the neurons for understanding the subject become, the more connections regarding math coalesce, and thus I create a larger part of my brain that is dedicated to, you guessed it, math.

As I continue to study math, the connections in my brain can become so engrained that they eventually become insulated by myelin sheath allowing the electrical impulses of my brain to travel faster making my abilities in math stronger. 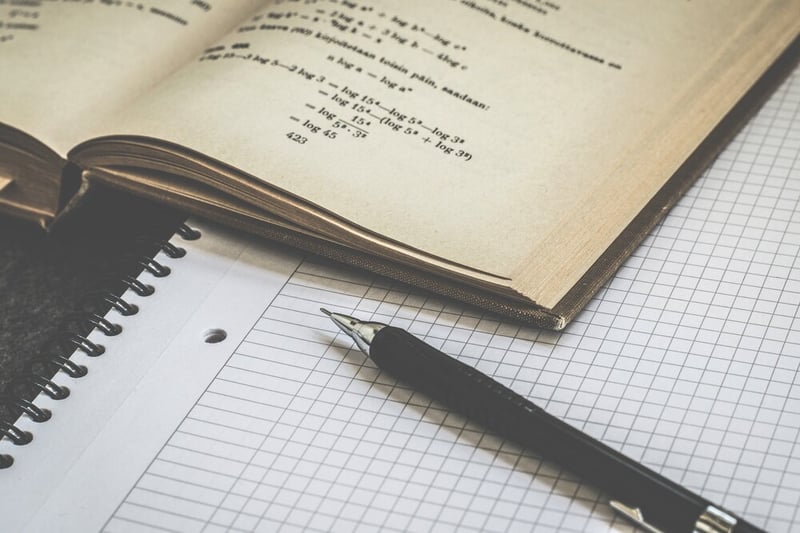 The students and teachers that learned about mindset greatly outperformed those in the standard curriculum.

Now, a growing number of schools are doing away with the standard grade system of A-F. The letter F, which synonymously stands for Failure, too easily persuades students into a fixed mindset.

Fixed: “My abilities are static, I do not like challenges, I am either good at it or I am not.”

Growth: “My abilities can always improve, I embrace challenges, with some effort I can be good at anything.”

Instead of giving students an F, some schools are using a “not there yet” grading system with teachers even going so far as to create retake tests that focus on the portion of the curriculum that the students are struggling with.

This works just as well in a business context.

Think of a current problem at work, it can be any obstacle or challenge you must overcome in the next month.

Now ask yourself, “If I put in enough effort, grit, and perseverance…can I overcome it?” If you answered yes, congratulations on your growth mindset!

Continually frame the obstacle in this context…I am not there yet.

If you answered no, then it might be time to bring in a colleague to help think about the issue.

In many cases, it takes another perspective to encourage innovation and help you think outside the box. Challenges help you…or rather force you to grow.

No matter what, praise your team's effort regardless if they succeed or fail. Reinforce that effort, grit, and perseverance (tenets of a growth mindset) will help them overcome all their challenges before them.

If you create a growth mindset for yourself and your team, failure is only an opportunity to learn. So fail fast, fail hard, and relish in the challenge because mistakes are only mistakes if you don’t learn from them.

Note from the author: Growth vs Fixed mindset is a slight oversimplification but generally apt way of thinking about your mindset. There is also a third, called ‘mixed’ mindset that sits in the middle of growth and fixed. There is still a multitude of ongoing research about the ‘mixed’ mindset that has yet to be peer-reviewed. If you wish to learn more, you can click here

The One Who Does The Talking, Does The Learning

It was a bright and sunny day on the 25th floor of one of Chicago’s tallest skyscrapers.

The Schema Theory & Overcoming Our Biases

Think back to when you learned how to ride a bike.