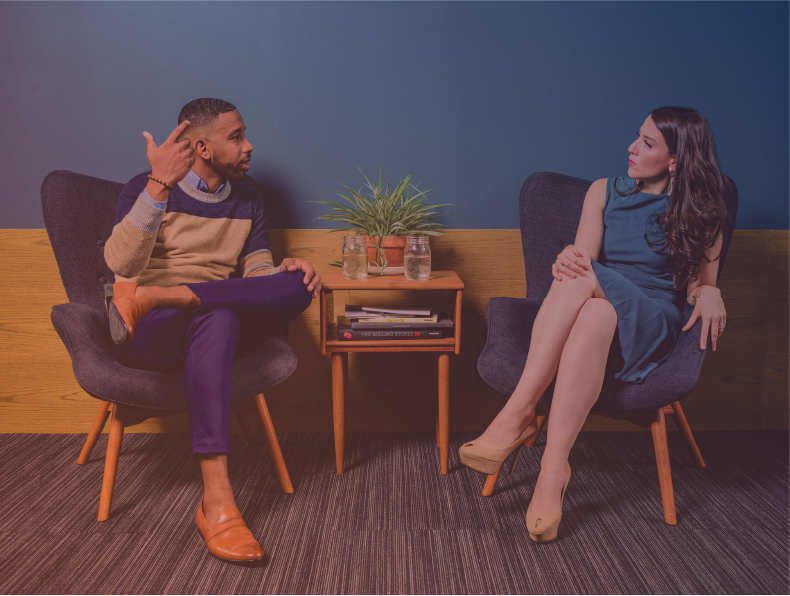 Last month when I had the immense pleasure of running a virtual classroom experience for ManpowerGroup, a senior group of global leaders at a Fortune 100 company based in Milwaukee, I was seriously taken aback.

Our leadership development programs are simple in methodology, yet serious in content. We show leaders the biases that blind them (if you are human then you have them), connect how biases lead to leadership blind spots, and motivate leaders to improve their leadership for the benefit of their teams.

In this particular session with ManpowerGroup, we focused on empathy and connectedness and how the empathy gap bias blinds us from really listening to our people. In the debrief Bianca Gonteanu, one of the participants, called out that we need to cure conversational narcissism as a group of individuals and in our businesses.

That level of awareness at her level of seniority and the security to call out something of that nature was a moment that will stay with me forever.

This was profound within the context of the program and provided a huge learning moment for me personally. I began to reflect on some of the issues we face, how we got here, and ways to ensure I too don’t fall into the trap.

We asked Bianca to provide more insight into how she started this conversation around conversational narcissism during the session. 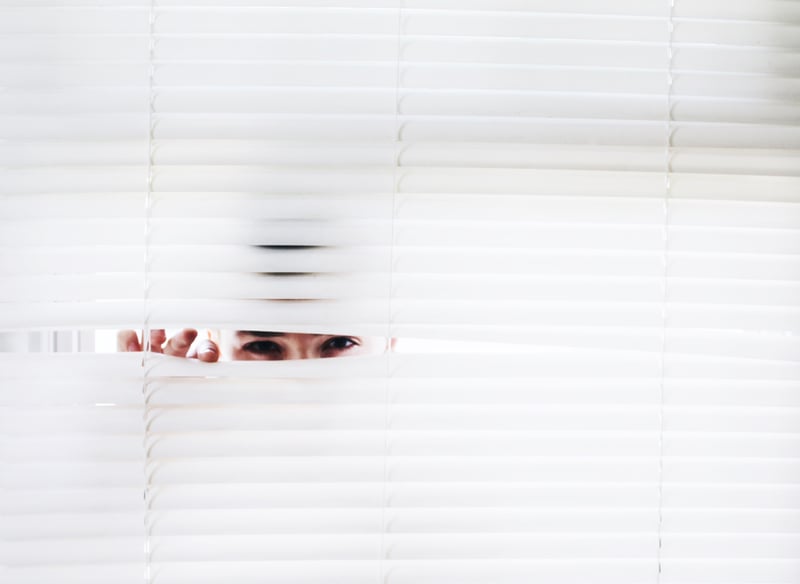 “Conversational narcissism” has a nasty ring to it. Straightaway it speaks of disinterest, lack of empathy, self-aggrandizing, and, ultimately, disempowerment.

Even as I brought up the term "conversational narcissism" in the DX training for our company, it prompted me to think about the conversational narcissists I know, including myself, and to wonder if these people (many of them senior leaders with plenty of experience and self-awareness) are truly lacking in empathy and people skills.

The answer is: NO.

Conversational narcissists consistently turn the conversation to themselves. But why? They can’t all be vain and pompous. Honestly, some may be clueless.

Conversational narcissism was first proposed in the 80s by sociologist Charles Derber, who unequivocally saw it as “pursuit of attention.” Though it hasn’t received much attention in recent years it underwent a revival back in the late nineties when I was in college studying journalism and mass communication.

It came up in an introductory class about the fundamentals of communication and later in a class about interviewing. In both classes, a conversation between two students was set up with an audience and a recording.

I thought my conversation had gone well until someone in the class remarked that there were a lot of “I” statements. Someone counted 18 out of 30 sentences that started with “I”.

I was shocked. I thought I was “the life of the party”, quick-witted and always ready with an entertaining story to please those around me.

Turns out I was wrong. After listening to myself on the recording I realized that my eagerness to participate and contribute to the shared experience came across as egotistic and insensitive.

We all do this and are often clueless about how much of a conversational narcissist we really are until we hear it.

On one hand, it's cultural. We prize people for how much of themselves they put forward and how many people react to that “exposure.” Social media can feel oddly personal, but it’s not true interpersonal communication and tends to foster conversational narcissism.

We’re taught to be on-point and on-message constantly, and it becomes hard to switch from “talking ME” to listening and reacting to what someone else says. So much of our communication is deliberately one-sided that we have slowly lost the skill of dialogue.

Even some leadership trainings miss the mark. A lot of emphasis has been placed lately on authenticity, active listening, and imparting knowledge and experience to train and guide direct reports.

Authenticity is often reflected in the sharing of personal stories and experiences. It's easy for those instances of openness to slide into conversational narcissism. For me, they still fairly often slide into that realm.

As managers, we can misapply lessons from trainings and mentoring/coaching and unconsciously become insensitive.

The only way to counteract this kind of conversational narcissism is, once again, awareness about its existence within our behavioral patterns. 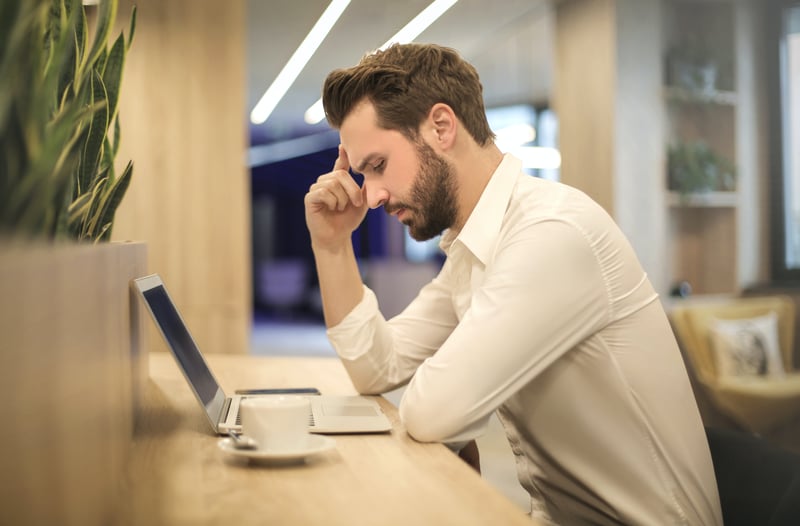 Before I founded DX I was building and running the US office of my UK based employer. I remember having two very distinct bosses and two drastically different experiences.

For the sake of privacy, we'll call them Diane and John.

Most conversations with Diane centered around her historic experience at a large corporation, making lots of money, and winning award after award. She was always telling me what to do based on how she had done things.

Diane had little empathy for my situation of running a small sub-office of an entrepreneurial organization during a global recession. I rarely felt heard by her and left most conversations with a feeling of disgust.

She couldn't relate to where I was at and help me. How could she when she wasn't listening to me and constantly filling in the gaps with her own experience rather than empathizing with mine?

My needs were rarely met, I felt belittled, and my performance was at an all-time low. I was in a bad state of mind and the experience left a deep emotional blemish.

Diane was let go, unsurprisingly, but the damage was done.

One of the biggest emotional triggers in the brain is when we see or experience unfair treatment.

Have you ever worked for or with someone who constantly relates the conversation to their own experiences, interrupts regularly, and will somehow circle any question they ask back to being about them?

This is conversational narcissism and it often centers around a need for control.

Fortunately, I had the opposite experience with John.

John always led conversations with an open question that allowed space for me to talk. He would ask follow-up questions and later tie in relatable experiences to what I was saying so I could connect the dots and create new synaptic connections.

Conversations with John often started with "Talk to me more about x…". There would typically be a "How does that make you feel?" or "So what you're saying is this. Have you thought about doing x…?" Then it would be "Let me help you. Here is a situation I faced that relates to what you're saying.".

With John I always felt heard, like I had a voice, and that he made every effort to get to know my situation and support me where I was at.

I felt empowered and my performance improved year after year. In hindsight, I don't blame Diane. I have empathy for her.

The human brain's number one protocol is to survive. Our brain has over 150 biases that are cognitive shortcuts to preserve power and resources so our brain can focus on scanning for threats toward our survival.

One of those biases is the empathy gap.

Human understanding is state-dependent and when we try to be empathetic we fill in the gaps with our own experience by default. This can create a distorted understanding of the actual situation.

It's easier and quicker (saving resources) for me to portray my own experiences into a conversation than it is for me to listen and learn about your situation and act accordingly.

Another bias that limits our empathy is the law of least effort.

This is when we tell others what to do rather than ask for their perspective. It's also when we choose the path of least resistance as it takes less cognitive resources.

These two biases and many others get in the way of Diane and millions of other leaders developing the muscle to relinquish control and drive inclusivity.

Layer this on top of working at large corporations where the loudest people succeed, self-awareness is not valued, and leaders are rewarded on results rather than being human-centric which reduces psychological safety and feeling included and valued within a team.

When I worked for Diane I lived in fear and never told her how her behaviors made me feel. She never knew her leadership gaps because I was scared of the consequences of giving feedback. I did not feel psychologically safe.

Have you ever wanted to say something, but didn’t because you were afraid of what might happen?

We as a society are unintentionally churning out millions of conversational narcissists. This is down to the organizational cultures of large corporations to embrace inclusive behaviors that enable leaders to fight what their brains are telling them to do and instead put their people first.

We as humans are inherently designed with these biases and need to be trained to unlearn natural habits, re-wire our habits toward inclusivity, and be aware of when our biases are getting in the way. 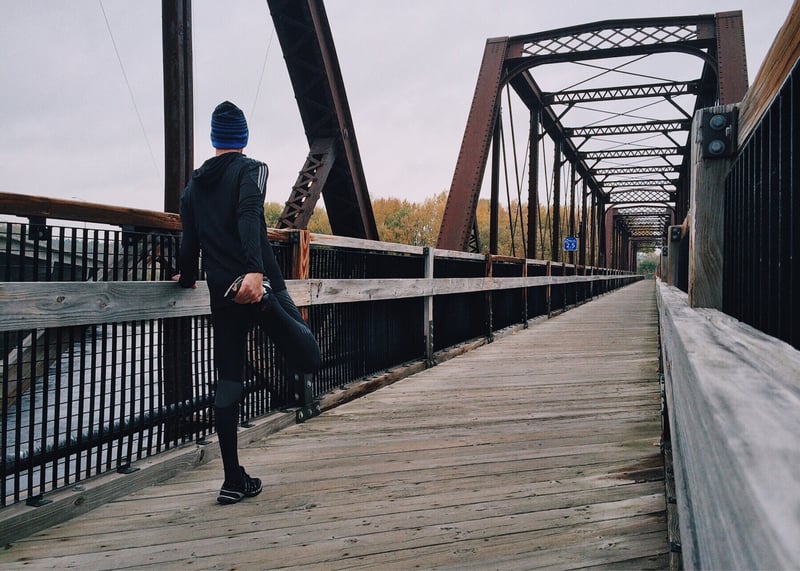 Here are a few ways to fight conversational narcissism and practice inclusive leadership:

Step 2: Listen when others are talking and turn off any thoughts of your own experiences. Perhaps write down what the other person is saying.

Step 3: Talk less. In his book "Quiet Leadership" David Rock informs readers that the best leaders are not the ones doing all the talking.

Step 4: Ask follow-up questions like, "I haven't been in that situation. Could you say more?", "What else?", or "How did that make you feel?".

Step 5: Try summing up the conversation and ask if you missed anything.

Not once in these steps is the leader talking about their own experiences. Most of the time you actually don't need to.

This is what being an inclusive, empathetic conversational coach looks like.

Let's build some awareness for a better world. Talk less. Ask more. Listen. Learn. Be present. Be empathic and connect to those around you on a human level.

Having Difficult Conversations with Your Team

Take a moment to think of a tough conversation that you need to have with someone, be it a family...

Over the past few weeks, I have been struck by the stark awareness that we are living...

Bring Your Organizational Values to Life

How many years have you dedicated to creating your organizational values?