Let’s get one thing clear: everyone knows something you don’t. The question is, are leaders creating an environment where people feel comfortable speaking up and sharing their diverse thought?

A few years ago, I was asked to participate in the board meeting of a stocking & lingerie business in Turkey. They wanted an outsider’s perspective on their culture and leadership. They were brainstorming on introducing more innovative products to the European market.

One promising idea that was generated was to introduce stockings where you can remove the part that covers one’s feet without taking the whole thing off. For some cultures, this is a very useful thing; especially for Muslim women who make ablution before their prayers.

Now, for some context, the executive board consisted predominantly middle aged, male members with one exception - a bright woman at her late 20’s.

When the idea for the stockings was pitched, there was an almost immediate, unanimous rejection. They were dismissing the idea based on the belief that the European market was not the best geography for this product. Heads nodded with approval of the prompt decision.

Yet, right when I thought the case was settled, the only female board member in the room spoke up. She suggested that this product can be of use to women in other ways, such as when getting a pedicure.

The impact she made with that one comment was powerful. After a few seconds of silence, the board members offered their appreciation for her input and rushed to visualize this new opportunity. A few months later, the product was on the market in Europe, contributing to the company’s revenue in millions!

What’s the lesson here?  Diversity of thought. The most successful outcomes come from being inclusive of the thoughts and ideas of people from a variety of backgrounds. 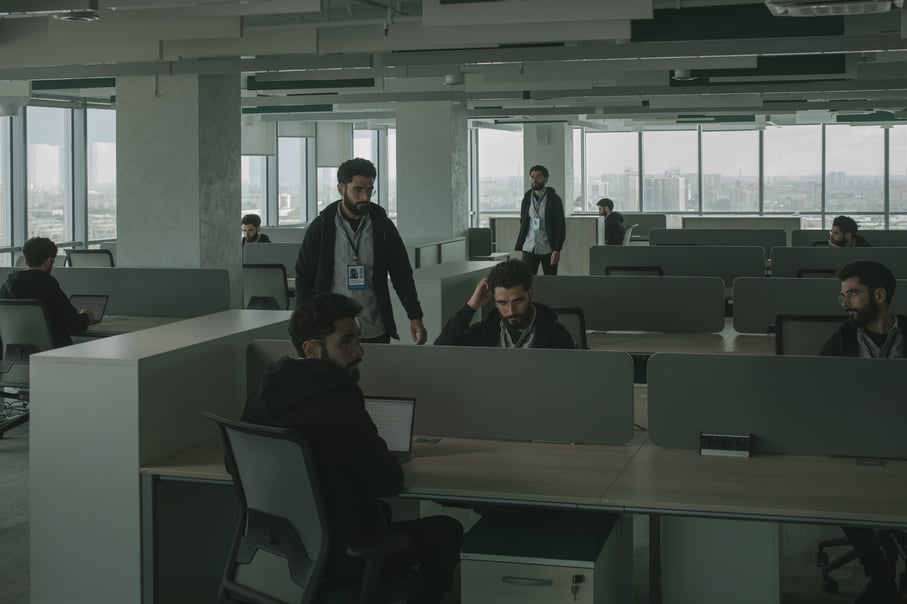 I decided to move to the UK in 2021 and was quite excited to see more examples of what I witnessed in that boardroom. I assumed the UK was a progressive culture and one of the leading countries in the world when it came to diversity and inclusion.

I soon discovered that I was mistaken.

Yes, the UK has one of the most diverse workforces in terms of ethnicity, religion, and background. However, after gathering data from various client engagement surveys, I discovered that there was little difference between the leadership teams I observed in the UK and Turkey.

There is a consistent and dedicated hold on how things are done and have always been done. Why change the status quo?

Every time I emphasized the importance of transforming their leadership approach to align to 21st century needs, I got the same reaction. “Let’s not upset the apple cart here, Can.”

So, with this mentality poisoning company cultures, how do we get DE&I right? Let’s revisit that stocking & lingerie board meeting in Turkey…

Diversity of thought develops when we intentionally seek opinions from those who are different from us. The more variety of thoughts acquired, the more perspective we obtain. Thus, we are more likely to find the diamond in the rough.

The only reason that million-dollar idea came to fruition was because there was a person in that room who was different from all the other people. She was a woman in a sea of men and was willing to speak up even though her opinion deviated from the rest. What’s even more important is that she was in that room. She was part of the decision process and had the willingness (and dare I say bravery) to express her ideas.

It’s one thing to have someone different from you in the room. It’s another to have that person feel like they have a voice.

I believe it’s time to re-consider diversity, not only based on different gender and ethnicity, but as a whole – it’s imperative that we keep a focused eye on creating an environment where diversity of thought naturally flourishes.

This is where inclusion and creating a psychologically safe environment come into play.

An inclusive and psychologically safe environment forms when people are not afraid to be their authentic selves, feel they can speak about important matters with anyone on their team without fear of consequences, and are genuinely willing to be part of something that’s meaningful.

One of the biggest blockers of inclusion is a ‘fixed mindset’. This is a concept Carol Dweck brilliantly introduced in her groundbreaking book, Mindset.

To transform ourselves as leaders from a ‘fixed’ mindset to ‘growth mindset', here are a few tips to help make it happen:

While these tips will improve inclusiveness and diversity of thought, we still have a long road ahead of us.

Organizations around the world still struggle with creating an inclusive culture and there’s a substantial gap in terms of perception.

According to one study, while 68% of leaders think they’ve created an inclusive environment only 36% of employees agree.

I strongly believe that positive change can be made when we are willing to challenge our mindset, update our leadership style to 21st century standards, and use the awareness we’ve started to build during the post-Covid era.

Improvement in diversity of thought and inclusion not only increases organizational performance, but also the well-being of employees.

Thinking from the inside-out rather than the outside-in will make a huge difference. It’s a small step for us as individuals, but a giant step for a better business culture.

That’s a culture I would like to live in.

It doesn’t matter whether I live in the UK, Turkey, USA, or Ukraine. I want to be in an environment where I can share my ideas freely and everybody genuinely understands that we are not different from each other, we are different just like each other.

Are you interested in creating a psychologically safe company culture for you and your team?

Get in touch with us today so you can inspire creativity, boost innovation, and pursue positive change.

How Aware Are You?

Ever wish you could read your employee's minds to see what they're actually thinking so you can...